For something I'm just slowly making for fun on the side of my side-side projects it has been fun to isolate scope so heavily. Here's a short update of how it's going.

Last weekend I tweeted a new gif of the intro area in the game. I was tweeting on a Saturday night, not expecting much but a whole lot of people were sharing and showing interest. I was grateful!

Do you want to play this? pic.twitter.com/a2mIREzi2Q

Previously I mentioned the code limit updates in pico-8 and sticking to the original 32k limit for my own constraints... So far I haven't been too far over and I've made significant progress on the game as a whole. Lately I've also been coding a lot more freely instead of carefully, so I might even still make it by the time I'm done - The important factor is I don't need to sacrifice the game itself on the limits so I won't do that if it comes to it.

What is PROJECT CEDAR?

One thing I was trying to nail down was this. Not like, what type of game but what is it to me and what is it I want from it ultimately, aside from just the basic concepts.

I've been in a weird transitiony headspace for a long time (like, yeaaars). The end of 2015 and leading into 2016 I was starting to figure it out, and now I finally have.

While this game is a love letter to games that occupied my mind growing up, it's part of something so much bigger to me – I can't wait to release it.

I've finished all the core mechanics and gameplay, as far as code goes that isn't level/story specific it's feature complete. I've also finalized the first couple of levels as a whole, and I've also polished and finished more of the story stuff. The first full play through is prettty close to playable. Since there are a couple to do it's not done but getting there.

Since I showed a bit of this area before,
here's a close to final version for comparison. 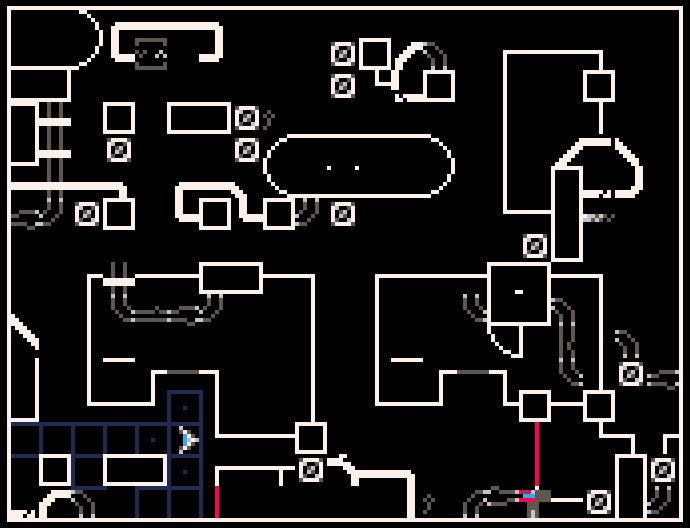