I had a short break from working on this, while waiting for pico-8 0.1.4. In the meantime I had finished blocking in all the details of the narrative and how that all ties together. I planned a lot of levels on paper and graphed out some ideas for overall structure, and I've done a lot of other stuff that would spoil things if I posted about them at the moment.

Here's a less spoilery, vague, outdated graph diagram before I talk a bit about what I've been doing here. 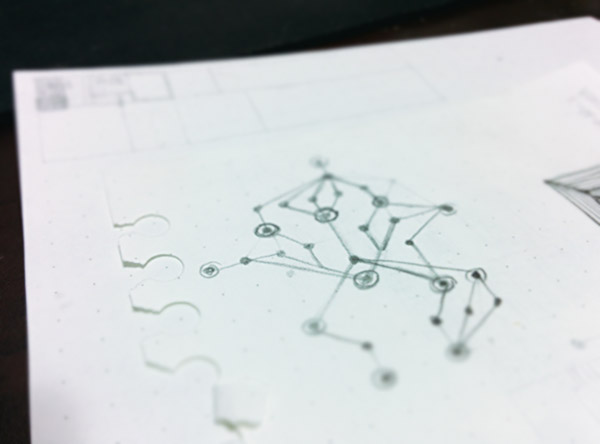 The new version of pico-8 fixed some important issues regarding the character limitations (not that they exist or are low, but rather that there was memory corruption when you reached the boundaries. I spent around 99% of the time at the boundary for this game :p). 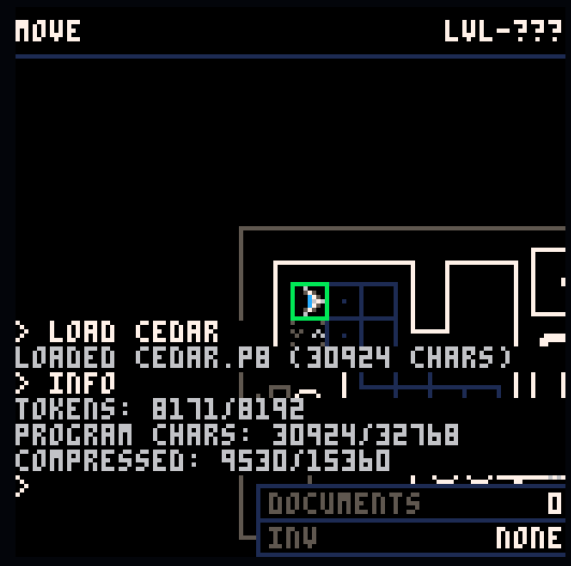 The new limit is 64k, with better token counting, which gives me a lot more space to work in with the code, technically. I might be able to bring back some screens or mechanics I removed for code space reasons but I'm not doing going to do that until the rest of the game is closer to done. What I am going to do is still work under the original 32k limit - but allow myself to code above the limit during active coding. Previously, I would just copy paste a section of the code I'm not working on out of the cart, then reduce the code size, and then bring it back in. This just eases workflow, which is great. There can also be less of this type of code while developing:

Aside from some minor wishlist things I was going to try and squeeze in I was pretty close to code complete anyway, so I want to limit the amount of adding I do until I really have to, and then spend the rest of the code on polish after that.

I'm currently trying to flesh out the levels needed for the narrative and gameplay. I'm debating whether I should go in order of progression, or try out "important" bigger ones with the purposes of making sure I can fit the key points in and then work backwards.

I haven't decided, so here is a wide-view teaser of a random level I'm currently working on, without any game context (so no real spoilers). Hopefully soon I'll have finished up the main levels and gotten some music in there (more on the music specifically in the next post).

(The filename says lvl-3, it's just the third image in that folder). 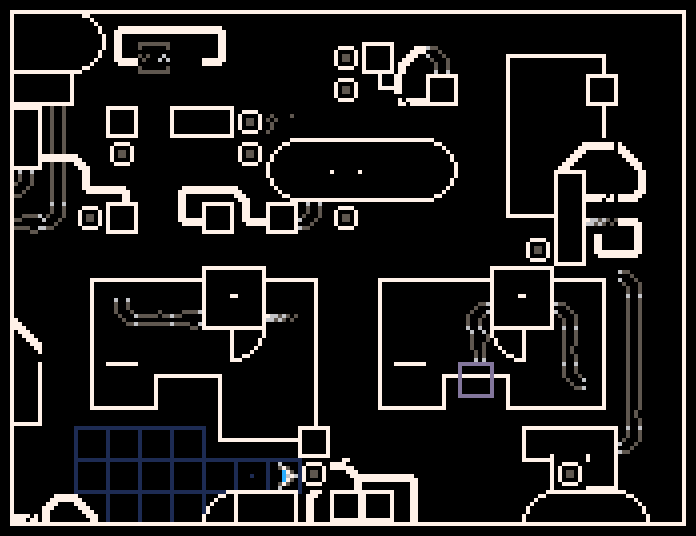